I had a serious case of being star struck…I was invited to interview Will Arnett and Katherine Heigl for their new movie The Nut Job as part of a Mommy Blogger Hangout event.  Fortunately, I wasn’t actually going to ask my question myself because I think I would have giggled the entire time.  I’m a long time fan of both Will Arnett and Katherine Heigl.  I may also have a small crush on Will (shhh!).

Although I’m not named, the first question was mine:

Laura Clark (moderator):  First of all, have your kids seen the movie?

Katherine Heigl:  Not yet. My daughter’s watching it now. At the premiere.

LC:  Have you guys done the voices? For your kids? Do they know that you’re putting on some voices?

Will Arnett:  Um, yeah sort of. I mean, you know, I think that…I mean, they’ve heard me talk.  They especially know the word “No”.  I say that a lot.

WA:  I should.  I should.  No, but I definitely have like…that they’re excited…they’re really excited for it. Like when they see like any of the commercials on the TV and they’re like ‘THE NUT JOB!’

Watch the video below for the full interview featuring questions from mommy bloggers across the country.   It’s a lot of fun! 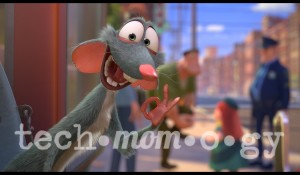 THE NUT JOB – opens in theaters nationwide on January 17th!
SYNOPSIS:
In animated 3D, THE NUT JOB is an action-packed comedy in fictional Oakton that follows the travails of Surly (voiced by Will Arnett), a mischievous squirrel, and his rat friend Buddy, who plan a nut store heist of outrageous proportions and unwittingly find themselves embroiled in a much more complicated and hilarious adventure.
—————
Official Facebook: https://www.facebook.com/TheNutJobMovie
Official Twitter: https://twitter.com/TheNutJobMovie
#TheNutJob

Statements made on these products, websites, or sales materials have not been evaluated by the Food and Drug Administration. MyDailyChoice and HempWorx products are not intended to diagnose, treat, cure, or prevent any disease. These products are NOT intended to replace medications or eliminate the advice of a competent health care practitioner.
»
«